Using Facebook ‘Live’ in the Classroom is a New, Exciting Learning Tool

Written by Neil Jarret of #EdTech4Beginners

Facebook Live allows you to stream live video to a Facebook Page or Group.  It has such great potential for use in schools to support education and share learning.

It is very easy to do.  You must use a mobile device (Android or Apple) and the Facebook App needs to be installed.  First sign in to the App and go to your Page (you must be the administrator).  Then simply click ‘post’ and tap the ‘Live’ icon at the bottom:

Next, give your Live Stream a title and click ‘Go Live’.  There will be a 3-second countdown and then whatever you are pointing the camera at is being shown to anyone who is tuning in.  Warning:  you need a strong, stable internet connection and the maximum time you can record is 90 minutes.

What educational events could you stream live?

There are many events you could stream (I would advise checking first with your head of school and ensure you use the schools’ official page). Here are a few opportunities for Facebook Live which I thought of: 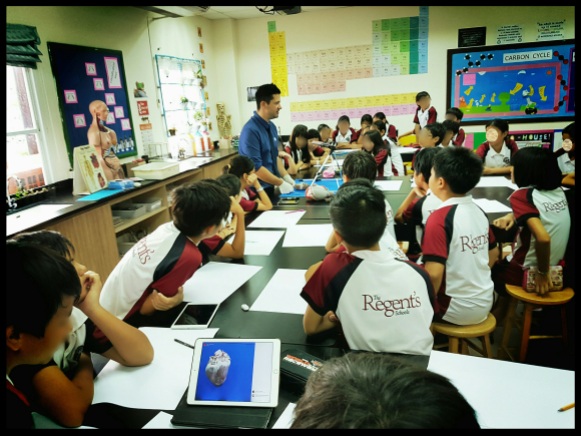 How did I go live?

I streamed the secondary school’s head of science performing a heart dissection lesson.  It was part of our transition program in which, near the end of the academic year, we take Year 6 pupils to see what life in the Secondary School is like.  I set up my iPad on a stand and was ready to film.

Here is the video which is saved onto the wall of my school’s Facebook Page which I streamed from:

Why was it effective to stream live?

1) The main reason it worked well was the fact that we had the whole year group (30 children) looking at one demonstration.  This meant that not all of the students could see the heart clearly.  Live streaming meant the children could look at the real life demonstration but also view it in detail on the projector or on their iPads.

2) Streaming publicly  also allowed for worldwide distance learning.  Anyone can type words into Facebook Search and find Live Videos.  Hashtags are a great way to find the content you want.  In addition, any pupils that are absent from school could view the lesson remotely.

3) A discussion could be had during the event.  Students left comments and evaluated what was going on.  *The discussion panel appears on the right hand side of the screen. 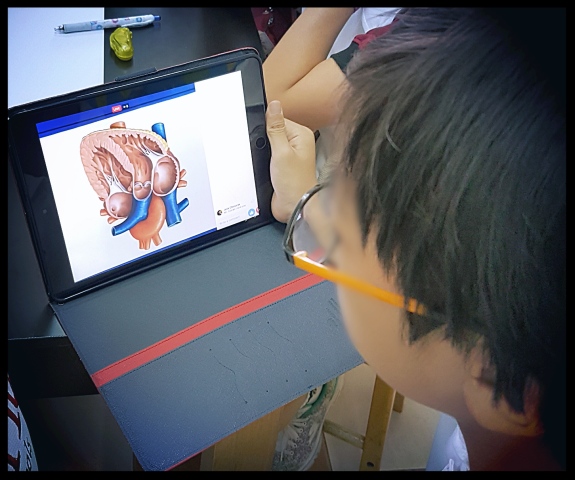 4) It is brilliant for flipped learning.  Next year, I will ask my students to view the video for a home learning activity and then the following lesson will be a task based on what they learnt.

5) Some children were squeamish and chose to sit away from the demonstration.  The impact of cutting a heart was lessened because they viewed the dissection though the iPad rather than the real thing: 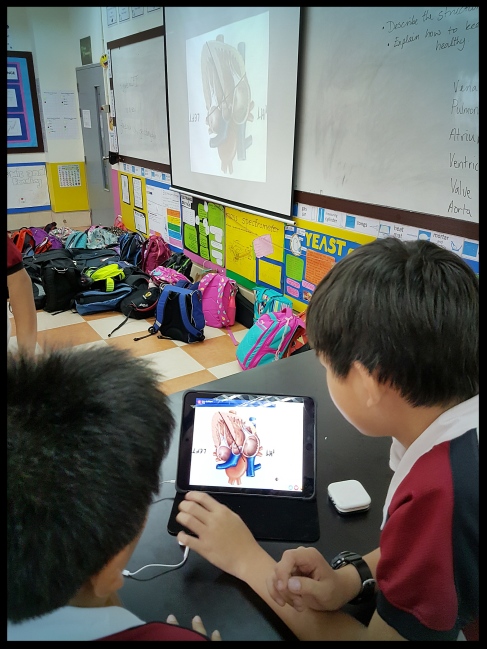 6) If you have any pupils with special educational needs or students  who are easily distracted, they could opt to wear headphones and watch in a less crowded environment – this would ensure that they were not distracted or overwhelmed by their surroundings.

What were the problems?

Live streaming was stressful to do because it was my first time and I was not sure if it would work and you couldn’t test it because it is live!  The WIFI signal wasn’t that strong at first but luckily this was just a blip with the server.  In addition, you can’t view the Live Stream on an iPad without the Facebook App (computers and laptops are fine) – some of the student’s did not have the App so they had to share with peers.

Another issue is that if mistakes are made or something goes wrong, you obviously can’t edit the video – and it would be rare to have a flawless lesson!  The head of science who performed the dissection said that it was nerve-wracking because of this.

The last problem was that the children seemed slightly nervous of being streamed live.  They didn’t answer as many questions as they usually would.  One of the students commented,

“I didn’t want to be filmed getting something wrong.”

However not all students were and actually many of them wanted a go at dissecting the heart themselves!

I would definitely ‘Facebook Live’ again.  It was a great tool to use and every single child got a lot from the experience educationally.  After some more Live sessions, I think everyone involved would be more used to the process and it would be less intense.